For my next AR-15 build out, using the BCM-KMR-13 rail that I recently picked up and one of my Coronado Arms lowers, I wanted to go the ambidextrous route with the safety selector. After doing a little digging around, the Battle Arms Development – Ambidextrous Safety Selector (BAD-ASS) looked like a good choice, and was priced well ($52.00 on Amazon). 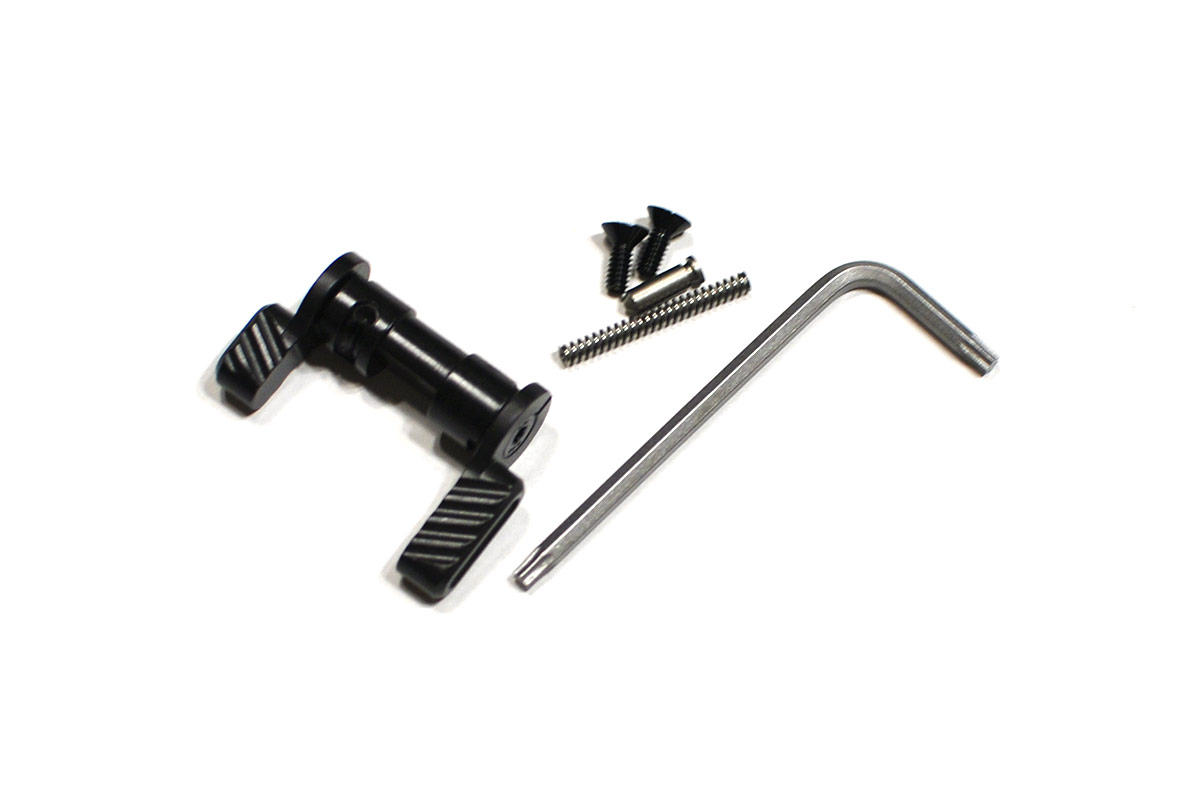 A selector with 5 different types of levers and 25 possible configurations.

The selector I picked up is a standard 90 deg throw selector with the standard levers (one standard and one short lever). They offer 5 different types of selector levers (Hybrid, Short Thin, Short, Standard, and Thin) and can be “configured in 25 combinations”. They also make a short throw version, but I haven’t had any experience with them. If you want to see the different lever types, check out Battle Arms’s website.

I got the selector in the mail and it was a simple install, as expected. If you’ve never installed a new selector before, it’s a pretty simple process (short list of basic instructions below)…

NOTE: Once you are sure you want to keep everything as it is, you should put some non-permanent thread-locker (blue loctite, or similar) on the screws in the selector.

Overall, I like the selector. It feels very well made; it is CNC machined and made in the USA. The levers are smooth and rounded but have notches cut into them; the notches provide sufficient grip to easily operate the selector without slippage. The selector movement itself is a little stiff, but it’s getting smoother the more I use it. I put a little oil on it and it’s working in nicely.

Using the selector on the weak side is a little tough, it’s definitely doable, but it’s not easy; if you’ve ever tried to do manipulation weak handed, it takes practice, practice and more practice. So over time, I’m expecting the movement to get easier and easier. You have to make sure you press the lever at the correct angle, etc. Once you do, it snaps pretty quickly and easily.

The short lever doesn’t interfere with my shooting hand when in the fire position. If you have smaller hands you may have some issues and want to get the “thin short” lever; it should eliminate any interference issues. In reality, you may want to look into the thin short lever for the weak side just to eliminate the possibility of any interference. But that being said, you still need to make sure you can manipulate the selector, so make sure you try it out and practice with it.

Another thing I noticed is that the back of the selector levers are flat (not notched out) so if you have a grip that is thick, like a Hogue or some other oversized pistol grip, it may interfere with the selector. The grips I’ve tried out have been all Magpul grips, and they seem to work without any issue. So, if your pistol grip sticks out past the side of your lower, then you may have some interference issues.

Check out the slide show below to see what the selector looks like installed in my Coronado Arms lower. 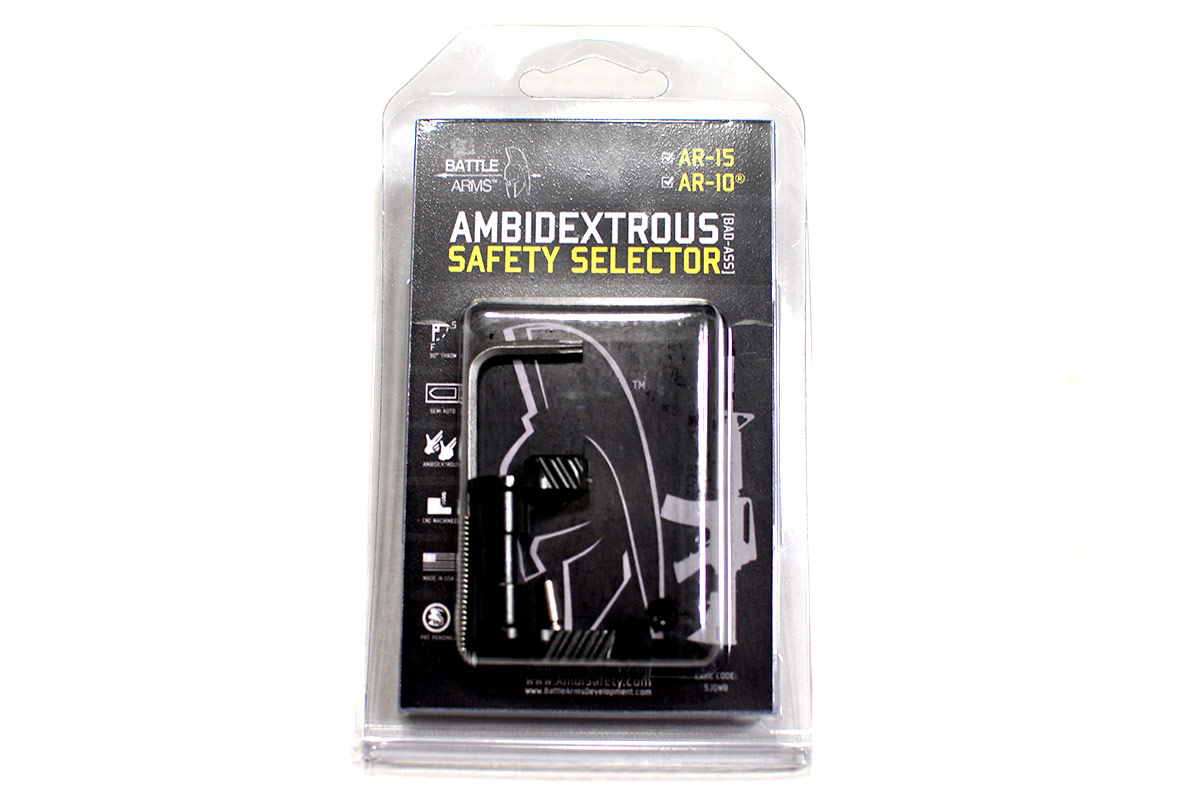 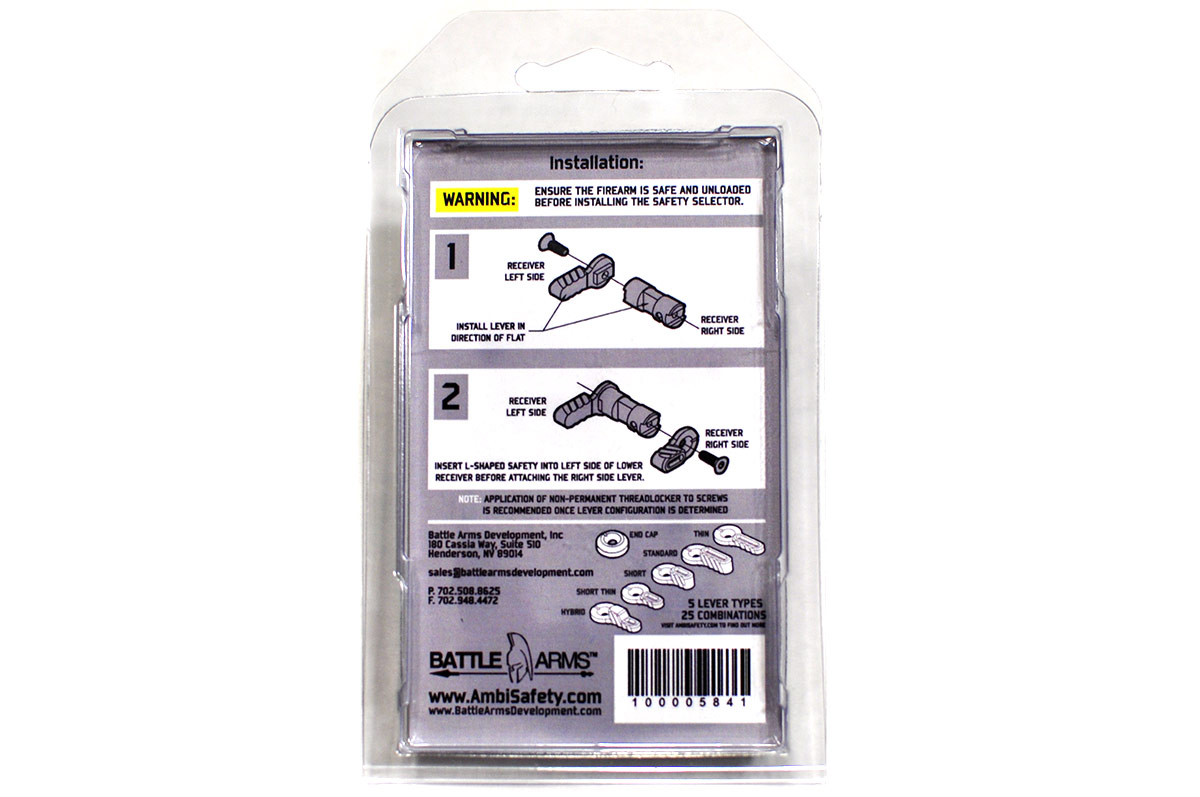 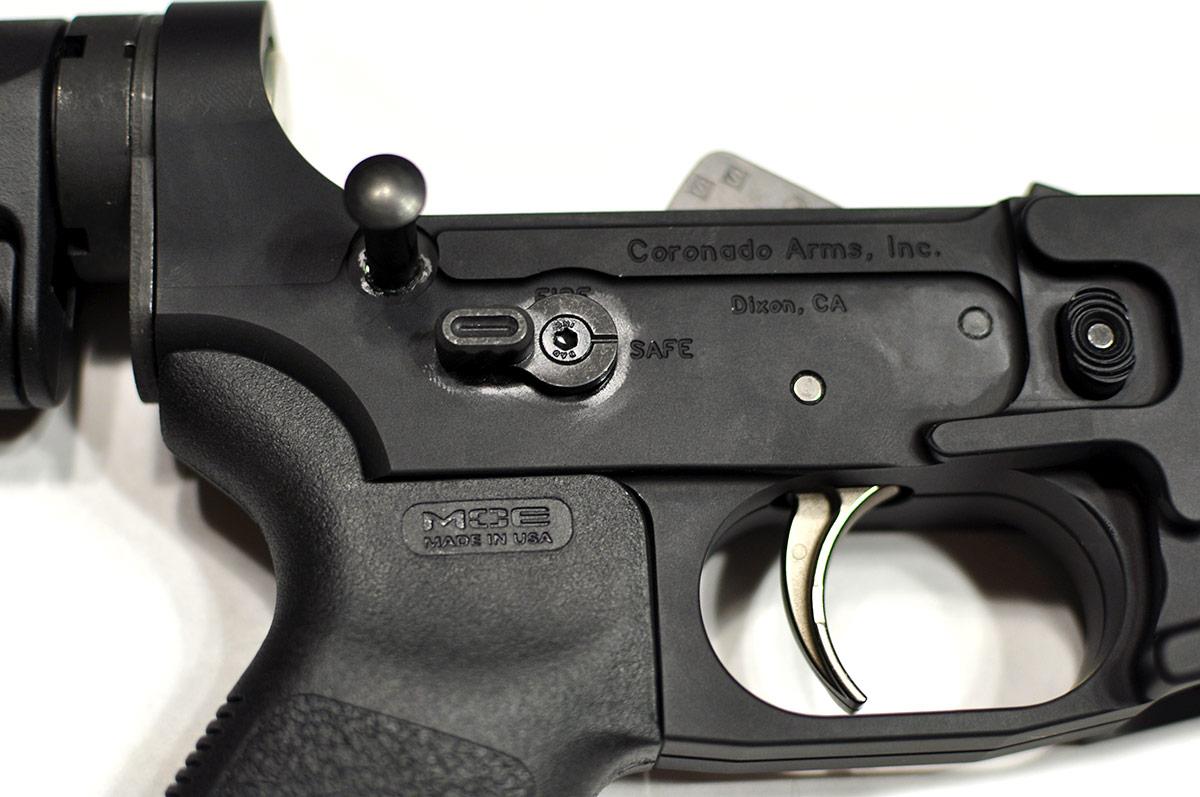 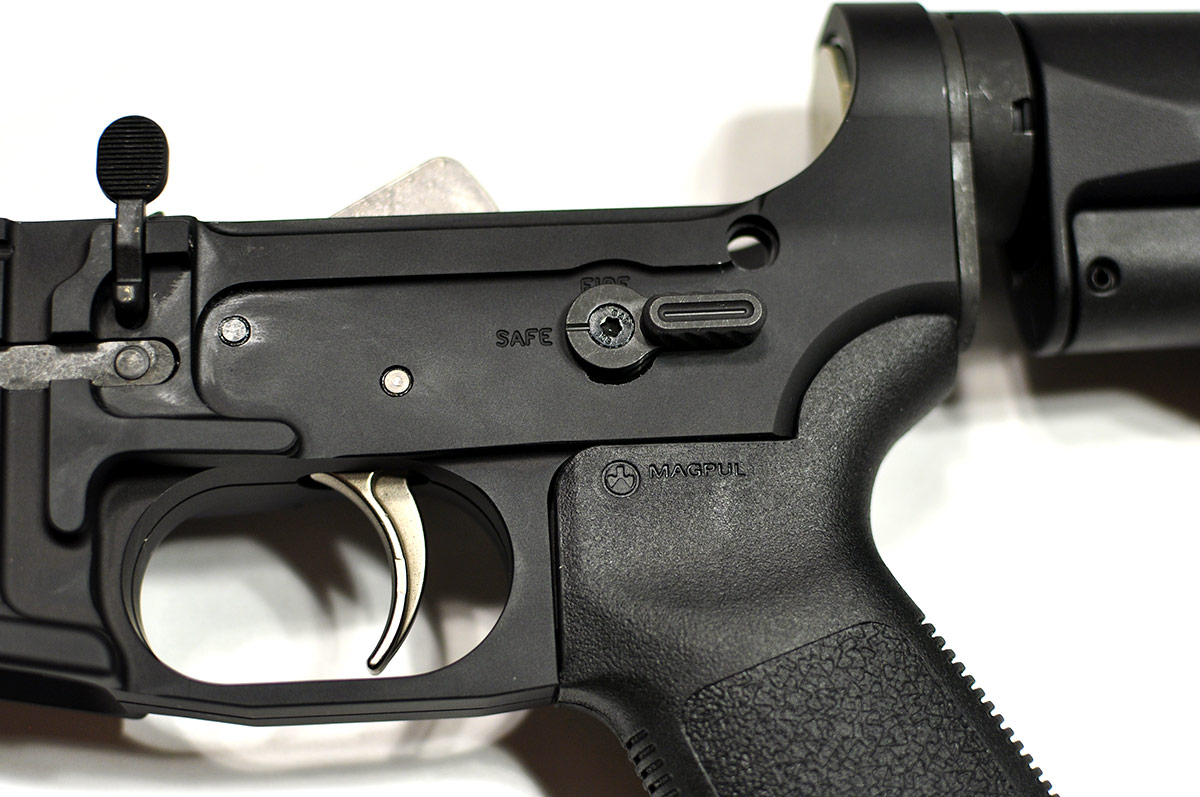 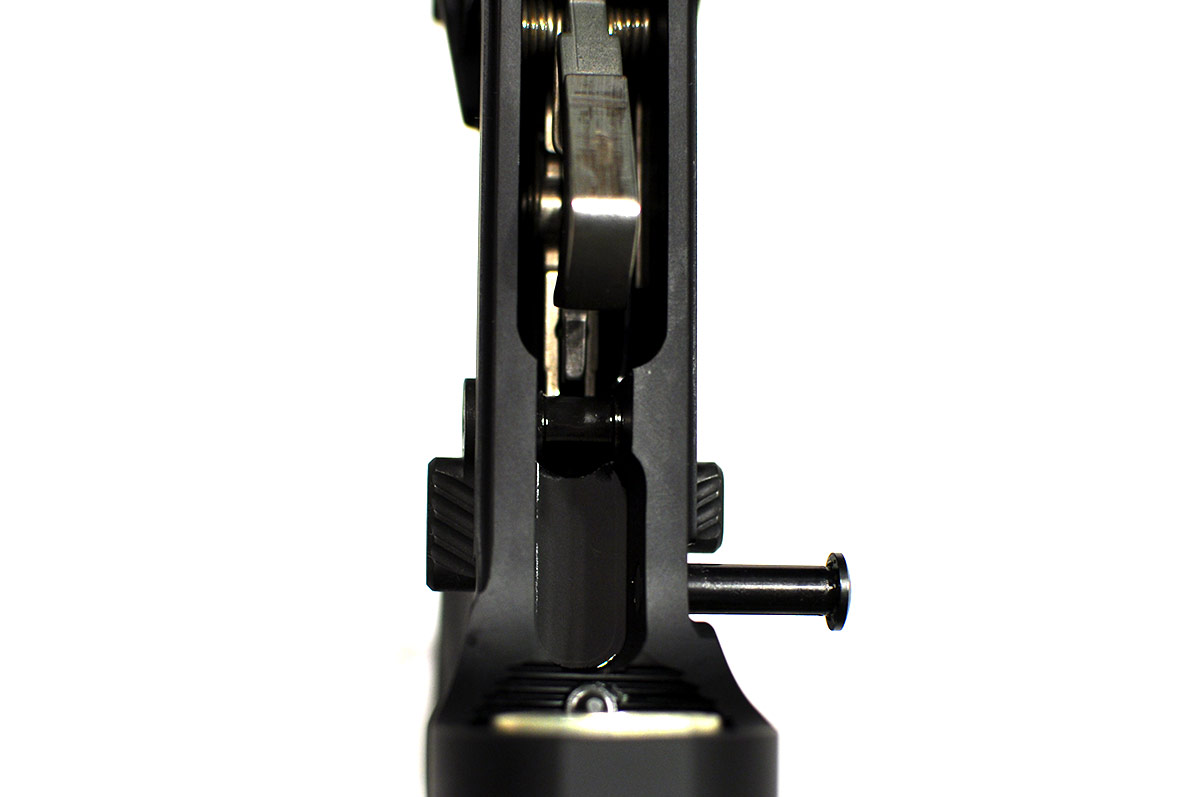 If you want to pick up one of these ambi selectors, you can order one from Amazon, or from many online retailers.
Buy Now

If you have one of these selectors, let me know how you like it!